What Is the Kitchen Triangle?

The kitchen triangle: still relevant or is it past its prime?

Modern-day kitchens are more than just spaces to cook and clean. They are now places where we engage with family and friends. If you’re a home cook, you know how often you move for tasks in the space between your sink, refrigerator and counter to complete tasks. And that is where the concept of the kitchen work triangle began.

Here we’ll discuss the basics of the kitchen work triangle and some tips for optimizing it in your own home. So, if you’re planning on renovating your kitchen, or just want to make better use of the space you have, keep the work triangle in mind!

What Is the Work Triangle?

What exactly is it?

The work triangle, also referred to as the kitchen triangle, and sometimes known as “the golden triangle”, is a kitchen layout concept introduced in the early 20th century. It argues that a kitchen’s three major work zones — the sink, stove, and refrigerator — must comprise a triangle.

It’s essentially a design rule aimed at lowering building costs. Originally designed to minimize expenses, the concept was eagerly accepted by kitchen designers. Believing that it makes any kitchen layout more functional. And they are right since we’re still using the concept nearly a hundred years later.

The rule of thumb for each leg of the triangle needs to be between 4 and 9-feet long. While the total distance shouldn’t be less than 13 feet or more than 26 feet. In short, they should not be too far from each other or too close together.

Kitchen experts argue that the kitchen triangle rule is useful in the planning and designing of a kitchen. However, due to the evolving demands of modern households, it’s not necessary to adhere to the concept strongly. It’s worth noting that cooking isn’t always and is no longer a task carried out by one person in modern households.

Families tend to gather together in the kitchen, working at the same time. So, the three main aspects of the triangles have always been more likely to be working zones for cooking, prepping, and cleaning. The triangle is especially useful in kitchens with nigger square footage.

What matters is that you and your family feel comfortable and relaxed while doing your daily chores. So, there’s no need to worry about zoning; this isn’t to imply not to consider these things. However, you do not have to design your kitchen with the work triangle concept in mind. As that’s not the secret to a perfectly functioning kitchen.

And the style of the room and the triangle will eventually come into place on their own. You may include one of the triangle’s corners. Or you can have an additional prep space to accommodate a second cook into your kitchen island.

As I’ve mentioned earlier, it’s crucial to recognize that the work triangle principles really aren’t laws or regulations you should adhere to. When it comes to creating kitchen triangles, here are a few things to remember.

The kitchen, as the heart of the home, is now more multipurpose than it was back in the day. This is the reason you must think more creatively and plan your space focusing on the specific tasks you’ll be performing there. Your demands are also a consideration.

A kitchen is divided into four fundamental zones. These kitchen zones complement the kitchen work triangle concept, beautifully. Each represents a specific function in your kitchen.

You may nearly construct an assembly line of meal creation by arranging the zones in a sequence that works for you. You can transport your food staples to the preparation area for cooking. Cookware may be found nearby. And you may build the dishwasher beside your silverware and plate storage for convenience.

The pantry or food storage zone where you store chilled and processed foods, and also dry products. As well as canned goods and other non-perishables. Consider this zone to be the location of the primary pantry and refrigerator. Having such places near each other might make it easier to access everything you need.

Non-consumable goods, such as cutlery, dinnerware, cookware, and so on, require a big storage space. You should also think of how you’ll keep things like recipe booklets and scissors.

This zone is usually configured around your sink. But it may also comprise your dishwasher, trash, recyclables, and home cleaning supplies, as well as a brush or mop. Place garbage cabinets beside the sink to offer a handy place for keeping things tidy.

Preparing food needs convenient access to tools. Things like cutting boards, mixing bowls, should be within reach. Along with ample countertop space. In designing storage alternatives such as base drawers or roll-out cabinet shelves, think about everything you need for food prep. Make sure to arrange them based on your cooking style.

Aside from your cooktop, you must consider appliances like your microwave or built-in oven. You need to arrange landing areas for hot dishes, tools, pots and pans, and baking pans. This is for culinary storage purposes.

I suggest that you expect how you’ll be cooking your family meals. For instance, think about assessing whether you want your cookbook sitting on the counter, or how accessible you want your measuring cups and spatula to be. Such things can easily take up your counter space.

Some homeowners have extended the zone idea beyond the main work zones. But it’s typical for kitchens to include extra zones. Or, for certain work zones to serve various functions. If you have the space to handle these zones and you want to keep your things organized, then you should add them. Before you do, check if they do not interfere with your kitchen’s primary function.

Smartphones, laptops, as well as other device-charging stations, are getting more significant than ever in kitchen design. Check specific plugs with USB ports. And keep the gadgets far from moisture or water. You should also make sure to install it at a location where small children couldn’t reach it.

You must first consider what your family needs before designing a dining space. It matters when you’re hosting guests or your family. Kitchen islands and peninsulas make excellent kitchen dining areas and may serve several functions. Whenever a room is a constraint, your kitchen island may serve as a prep, work, as well as entertainment area.

You do several tasks at home, and sometimes you do end up in the kitchen. But what’s good is you don’t need a large workstation. Just make sure you have adequate ports to charge your laptop, tablet, and other electronic devices.

Nowadays, you’ll see a TV in the kitchens of many households. Some feature a bar area with stools. Try to incorporate a conversation area into your kitchen, complete with lounge chairs and a small table or flexible ottoman.

Other Kitchen Layouts You Can Create Outside the Work Triangle

A lot of modern homes must now accommodate various design plans that work for the space and the household. You must devote special consideration to how you use a kitchen. As well as the flow of the area. However, since not everyone cooks or uses the kitchen in the same manner as you, each individual how your home is designed must be considered.

The amount of accessible space, as well as the kinds of appliances you use, are the factors in play. Drawer refrigerators are becoming increasingly trendy. Particularly when coupled with a walk-in pantry or secondary utility kitchen. Which may include a bigger fridge, a dishwasher, and a sink. Also, smaller sinks on your kitchen islands, as well as two sinks on both sides, are also a good addition.

You can even have a second kitchen or what we call a dirty kitchen. They come very handy, particularly in open-plan houses. Each of these trendy designs would put the kitchen triangle principle out of existence.

The Pros and Cons of a Kitchen Work Triangle

While the kitchen work triangle concept has been around for decades, its allure remains. It’s essential to have the three key kitchen components within easy reach. This concept makes cooking as practical as it has always been. The arrangement dictated by this concept results in inadequate counter space that surrounds the sink and main kitchen appliances.

On the drawbacks, the concept of kitchen working triangle may not make the workflow as efficient as it should be if you have a compact space with more than one cook at the same time. And since the kitchen in modern times has been a venue for friends to socialize and for family gatherings, there’s a need for more appliances.

Besides, our kitchens provide us with more than just a space for preparing our favorite meals. It’s essentially an office, socialization area, dining area, all rolled into one. So, as you can see, it serves as more than when the concept of the work triangle was born. Even some experts have argued that we can now toss the concept on the bin.

Is the kitchen triangle dead?

The concept has fallen out of favor in past years. Since it does not necessarily work in every kitchen. Even though the kitchen triangle is still useful in some situations, most kitchen plans are shifting away from the concept.

What is the purpose of a work triangle?

The kitchen triangle reflects traffic flow. It comes with the goal of allowing a rotating movement between the functions of cooking, cleaning, and storing. In doing so,  it’s vital that no component like a kitchen island obstructs the flow.

How important is the kitchen triangle?

The triangle’s areas reflect traffic flow in a kitchen. It’s a concept with the goal of generating a circular motion between the chores of cooking on the stove, cleaning in the sink, and storing food in the refrigerator. It’s also critical that there isn’t a single obstruction on the flow, like a kitchen island.

According to decades of experts in kitchen design, the kitchen triangle is one of the most significant principles guiding cooking space design.

With age, though, comes the question, “Is it time to abandon the concept in the modern day?” Well, I cannot dismiss the critiques leveled at the kitchen work triangle, but I believe it is still beneficial to consider it at the onset of a new project.

What is most important is that you understand how you operate in the kitchen. Consider what you and your family need. Adjust the distances between your appliances for convenience, and as long as you are comfortable and can work efficiently, it’s perfect for you. 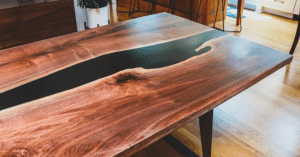 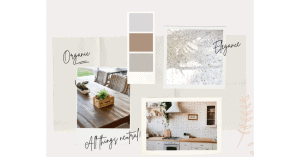 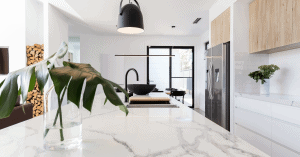 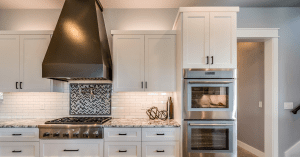 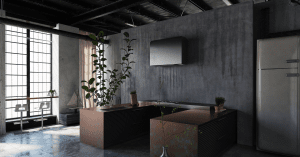 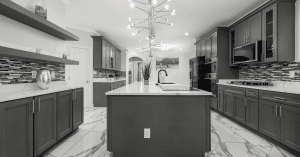